Well, it is to be said that a Chinese kitchen is not what I am used to. Occasionally I had cooked bacon and eggs for Alex, along with some fried tomatoes. So he put in an order for me to do that for breakfast today. That’s all very well when you have the equipment, but not so easy when you don’t.

I had bought the frying pan in Xiamen. It was not big, so I knew I’d be doing a few batches. I’d also found the bacon, which is probably not available here in Putian. 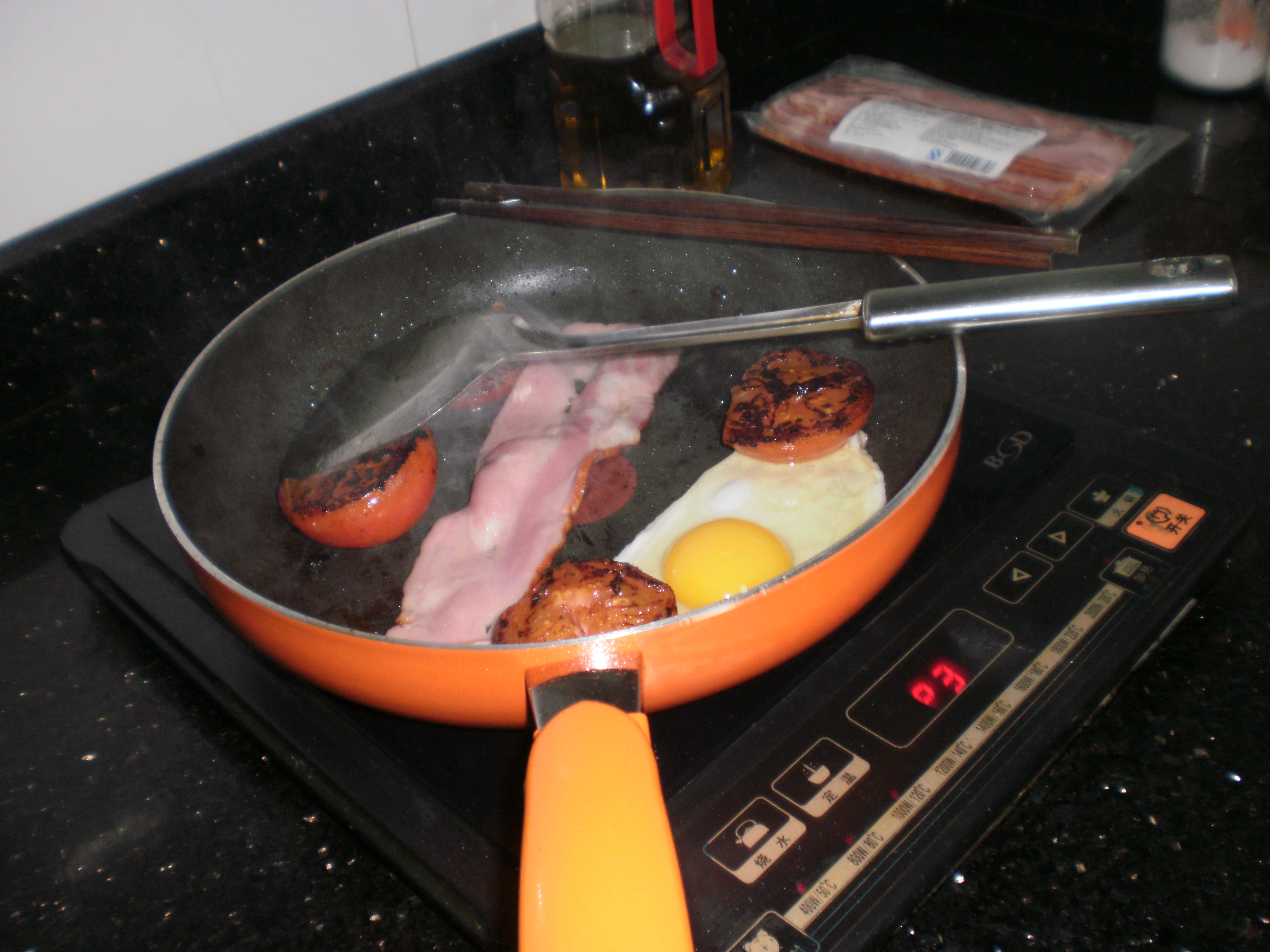 Cooking with one small metal fish slice and two chopsticks.

Trying to eat bacon and eggs with a spoon.

In this kitchen, as with most Chinese kitchens there is one electric hot plate and everything gets cooked on that. They are very fast, a small kettle will boil on it in about two minutes. I guess they are designed for wok cooking.

The cooking utensils consisted of one metal small fish slice thing and chopsticks. I managed the cooking reasonably well, doing it in batches. But I was cooking for several people. There was Alex, and his wife, his father, his 5 year old niece from one flight up, and me. Oh, and his aunty from one flight up who came to check on things.

But then you have the problem of eating the stuff. The bacon is not too bad, you can pick it up with chopsticks and chew bits off. There are no knives and forks to break up the food. The egg is a bit messier, picking the whole thing up and taking bites off it as you go. But the fried tomatoes were really tricky. I suggest you have a go at picking up a slippery half of a fried tomato with chopsticks and eating it without dropping it all over the place and sploshing juice everywhere. They didn’t really know how to go about it, so it sort of got shovelled in the best way they could.

I cheated. Although there are no knives and forks there is one desert spoon and one teaspoon in the house. I got the desert spoon and sort of cut up the egg and tomato with that then ate it with the chopsticks.

Ah well, the dishes are done and they are off again to find her a wedding dress. She took one home that she didn’t like, a white one. I think he wants her to wear white and she wants to wear red. I wait to see the outcome and who wins this little battle.