Skype is a wonderful thing. Peter and I often talk on Skype and keep up with how we both are. Back in the land of the Kangaroo, he is doing just fine. He says it is boiling hot, but in the area of our house sit, the afternoon storms often come up against Mount Tamborine, and slide across with western face and slide on up towards Logan and Brisbane. So we don’t have many storms that are overhead. He says he has had a few showers of rain etc so the lawns are happy with that.

Here in Longyan, China, the sun is poking through the clouds and the temperature is supposed to get to 22 today, pretty good for this area at this time of the year. This afternoon I say goodbye to Longyan and Debbie and head back to Putian on the 3.45pm train.

Anyway back to incy wincy spider. Most of you will know the children’s rhyme,

Down came the rain, and washed the spider out.

Out came the sun, and dried up all the rain

And the Incy Wincy Spider climbed up the spout again 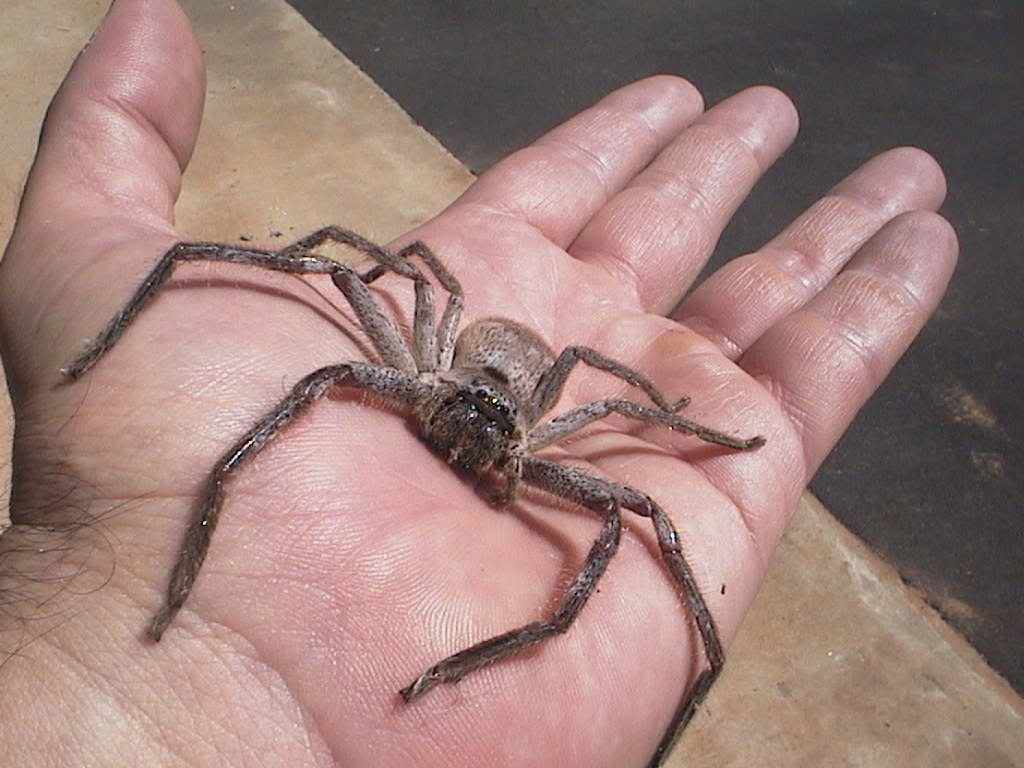 The home we are housesitting has a lovely pool, and attached to the laundry there is an outside bathroom, with a shower and toilet. Peter uses this often if he has been in the pool or working in the gardens. A couple of weeks ago he found a Huntsman spider in the toilet. The toilet seat was down, and he could see the feet of the spider hanging on to the edges of the seat, so although he couldn’t see the spider he could see the feet. He got the fly spray and dispatched it.

A few days ago he found another one in there, another big one. Likewise, it met its maker. 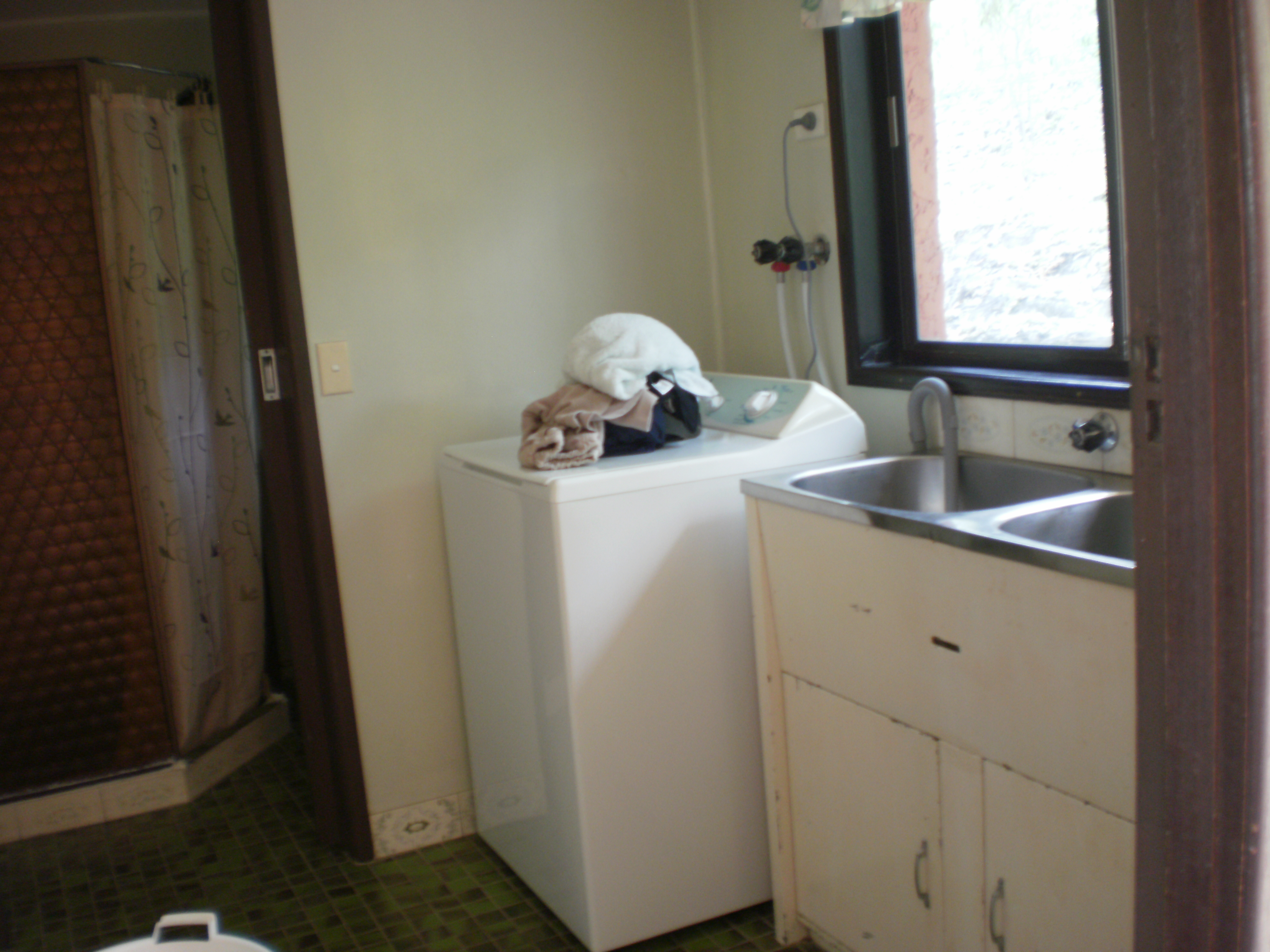 The laundry and the door to the outside bathroom Peter often uses. 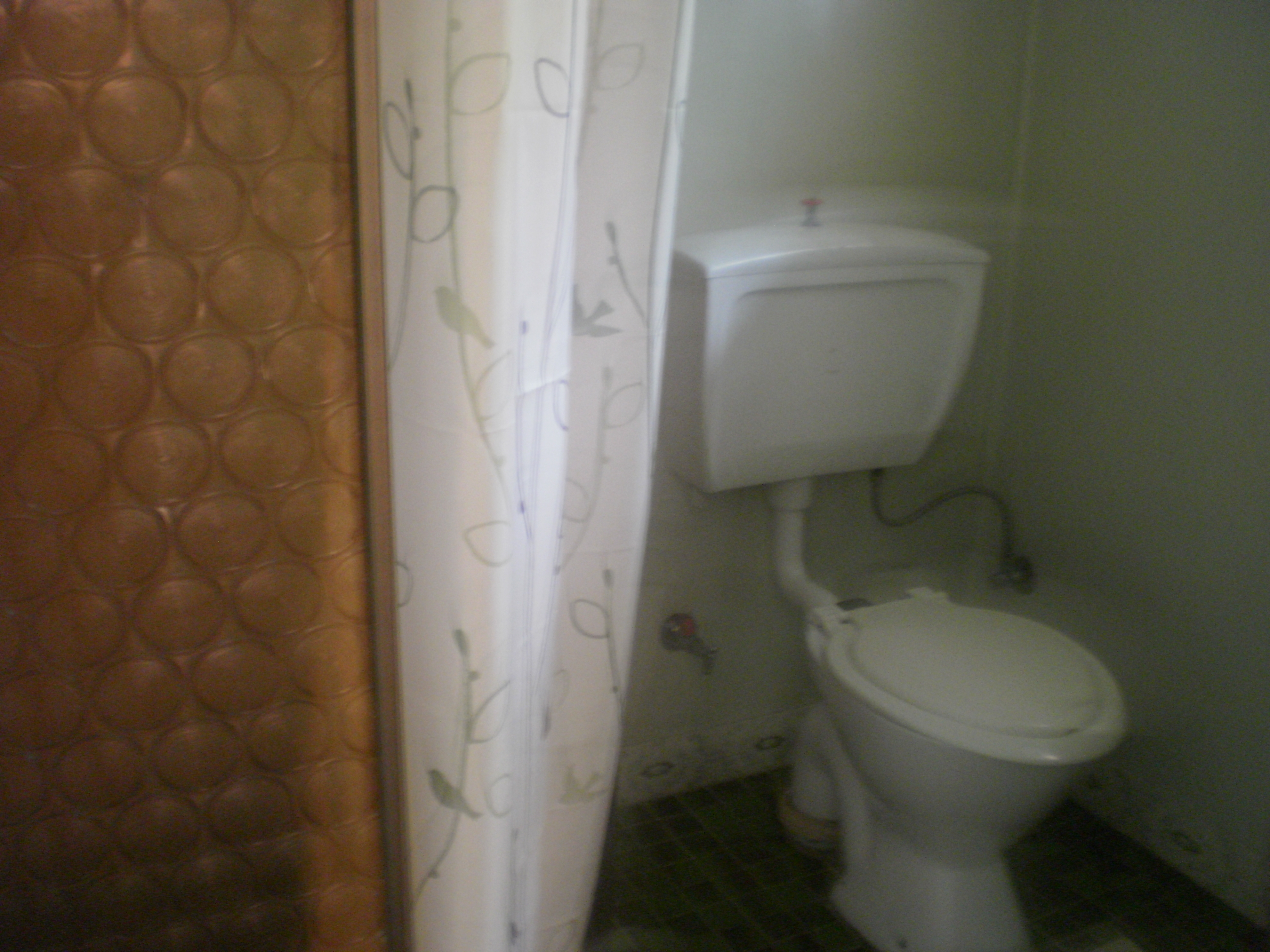 The toilet in the outside bathroom where spiders like to lurk.

Yesterday, Peter mowed the lawns, and once he was ready to clean up he went into the outside shower. He saw this huge spider in there on the wall. He went inside to get some fly spray, went back to the bathroom and gave it a thorough spray.

Well, these spiders not only have a large leg span but they have substantial body sizes as well, they are solid, and you can hear them plop down on the floor as they fall.

Slightly drunken with the effects of the spray the spider ended up on the floor. Now, not only are they big, but they can run like the wind. They move at the speed of light, with eight legs even Hussain Bolt would go as fast as these things. Unfortunately for Peter, who unthinkingly was standing in the doorway, blocking the way of retreat for this spider, this spider ran for him, and  up onto his foot. But the spider didn’t stop at the foot. He took off like a rocket up Peter’s leg.

Now, remember Peter was getting ready for a shower, so he was not fully clothed. He had got down to his undies, and he wears boxer type shorts, ones with a loose leg, not the fitting type of undies.  Ah yes, you can guess where the spider went. Up his leg and inside his undies.

Now if you like to use your imagination, you can guess the feelings. Having eight legs and a large spider body ensconced in your nether regions would not be something everyone would do for a spot of fun. What would you do if this happened to you? Well, I guess Peter did the same thing. Yelling and shouting he hauled down his undies in a flash, yelling some more, somehow he disentangled the eight legs and body and hurled it to the floor.

Of course Peter had a terrible fright, but no doubt the poor unsuspecting spider was in a bit of shock too. Without thinking, Peter’s natural reaction was to deal to this adventurous arachnid with haste, stomping on it, making sure it made no more sortees up his legs.

But! With a fairly solid body, Peter was left with something of a mess to clean up afterwards. Ah the joys of housework!

I have to say, that as Peter was recounting this woe-some tale to me this morning, my wifely feelings of sympathy and empathy went completely out the window. I roared with laughter and unfortunately couldn’t stop. As I write this I am still giggling, and I have to say, that from now on, he will be a little more wary when entering the outside loo and shower.